Kylie Jenner made headlines a few years ago when she started sporting a much fuller and sexier pair of lips. However, after months of denial, she led people to think that lip liner and lipstick were the contributors to her plumper smile. She even led people to believe that you could suck on a bottle in order to get those bigger lips. After a change of heart, Kylie later told fans that she had in fact had temporary lip injections done— “surprise, surprise” said no one ever. As one of the most covetable lips in Hollywood, patient’s young and old are asking for a Kylie Jenner pout. 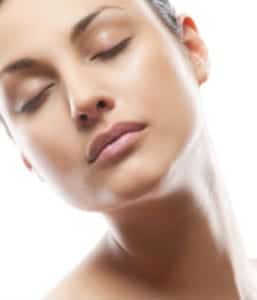 Injectables like Restylane or Juvederm are probably what Miss Jenner’s doctors are using on her lips. Both Restylane and Juvederm are injectables made of hyaluronic acid— an acid that is found naturally within our bodies— which when combined with collagen helps to give patients a plumper looking pout. But what are the exact differences between these two popular injectables?

When it comes down to describing the big differences between these two fillers, it’s safe to say that Restylane has a more granular texture after being injected, which gives Dr. Fiona Wright the ability to better mold and shape the lips in order to add more volume to them overall.

Juvederm is known for having a smoother texture which can be used to plump up lips but is best used to help treat fine lines and wrinkles around the mouth— leaving patients with a smoother and younger looking complexion.

Probably with a combination of both of these injectables and maybe even some Botox on the upper lip, Kylie Jenner’s famous pout was born and looks like it’s here to stay at least for the next little while. If you are interested in plumping up your pout, contact Dr. Fiona Wright’s office today!