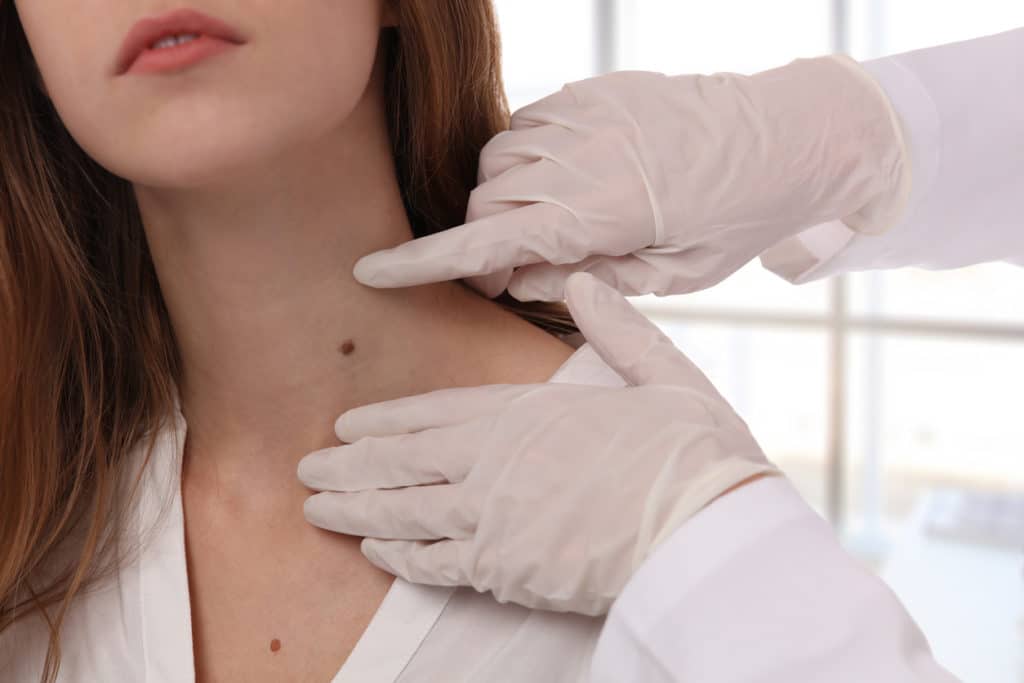 At some time in our life, we have all had a concerning spot show up on our skin, or may have had a multitude of marks that appear on the surface of the skin, particularly the face. Some concerns may be very innocent (skin tags, milia, seborrheic keratosis, warts) and can be removed for cosmetic reasons only. See information at Forehead: Lumps, Bumps and Moles.

Others spots, although not cancerous, may still need to be removed for medical reasons. See information Cheek: Lumps, Bumps and Moles.

But the most important spots that require close attention are moles. Most people have moles. They appear as brown ‘spots’ of varying sizes on the skin. They can be flat or raised, big or small. Usually they are quite round but can sometimes be irregular in shape. Medically moles are called ‘naevi’ (or nevi) with one mole being a ‘naevus’ (or nevus).

Moles can be present at birth and very often more develop as people age, normally as a result of exposure to the sun. Moles are a collection of pigment containing cells called melanocytes within the skin and their presence should not cause any concern or serious problems. However, some moles can go on to develop one of two conditions called ‘non malignant melanoma’ and ‘malignant melanoma’. It is the signs that show that these moles might be changing that we all need to be aware of.

The potential signs A Mole is changing

Everybody should examine their moles on a regular basis to look for any changes to moles that are already there or the appearance of new ones, particularly if there is a family history of skin cancer.

What are the types of Melanoma?

Non-melanoma skin malignancies are quite common, affecting up to 1 in 6 of the population, predominantly in those who have had sun exposure during their lives (sun-bathing, outdoors sport, gardening, living in hot countries etc.). Types of Melanoma include:

Squamous Cell Carcinoma (SCC) is very common in people with fair skin and is often found on the face or areas of the body that are continually exposed to the sun. Most often SCC is curable provided it is diagnosed early and treated.

Basal Cell Carcinoma (BCC) is related to excess exposure to Ultra Violet light and is commonly found on the face or areas of the body that are continually exposed to the sun. It is slow growing and is usually
noticed and treated before it can cause a problem. Very rarely, if it is left untreated, it can grow big enough to cause structural damage and extremely rarely it can eventually be life threatening.

Both SCC and BCC are common and are related to sun exposure. They are both slow growing and so give plenty of time to be noticed and for treatment to be sought. Provided they are treated, the outcome is
usually excellent. They usually only cause a problem when they are ignored and are allowed to continue to grow for years.

Malignant melanoma is the most dangerous type of skin cancer. It can appear on normal skin or it may start out as a mole or an area that has changed in appearance. It can be found anywhere on the body and often spreads very rapidly. It is the less common type of skin cancer but it is the leading cause of death from skin disease. Melanoma is related to sun exposure, particularly among those with fair skin,
blue or green eyes and red or blonde hair. The latest figures suggest that the lifetime risk of getting a malignant melanoma in the USA it is about 1 in 60.

What is Mole Mapping/Mole Screening? 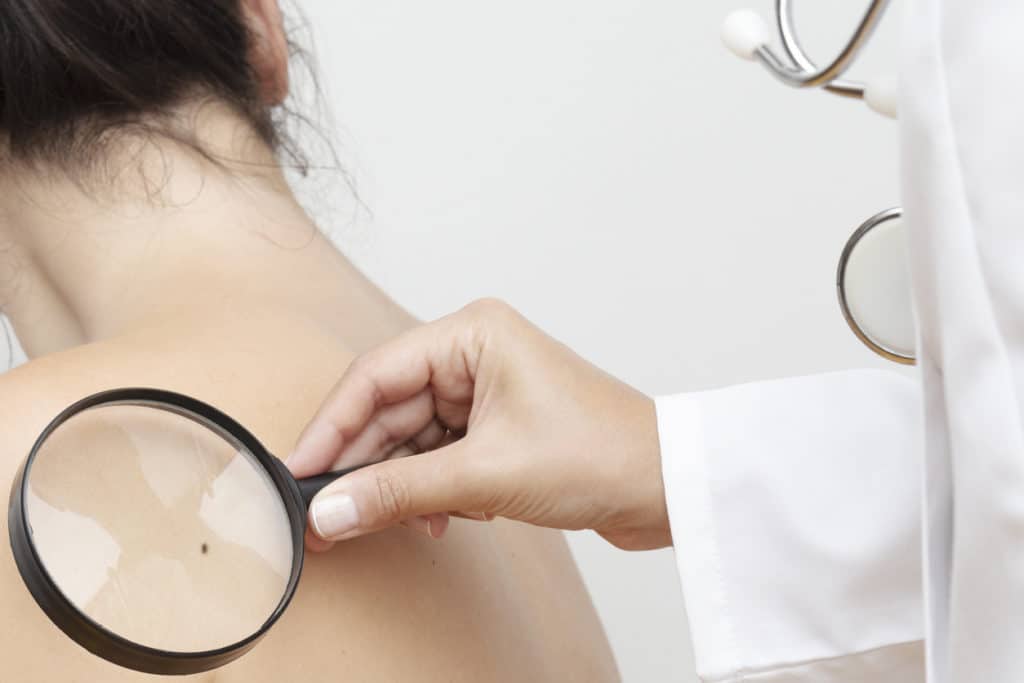 Mole mapping is an advanced method for the early diagnosis of skin cancer. With a specialist medical camera, a Clinician will take microscopic pictures of a patient’s moles. Each mole is analyzed and images are measured and digitally stored to refer back to. There are two methods of scanning that can be used.
Total body mapping is for people who have a large number of moles that need to be monitored. During the appointment, 16 images are taken that covers the whole of the body and any large or suspicious moles are highlighted. Patients are then asked to return back to the Clinic 3 – 6 months later for a follow-up appointment. During this follow-up appointment, a further 16 images are taken and then they are
digitally compared to the original images to identify any changes that have occurred. This is an excellent way of keeping a regular check on moles to identify any changes or increase in numbers. The outcome from malignant melanoma depends on its depth – NOT its size. Therefore, the earlier it is caught and treated, the more superficial it is likely to be and the better the prognosis. Skin cancers are often curable if diagnosed early so procedures such as mole screening and mole mapping play an important part in detecting such changes in time to successfully treat them.

Dr. Wright works very closely with several skin care experts that specialize in Mole Mapping and Surgical Excisions of moles, and will provide referrals upon request.

If you are interested in learning more about Lumps, Bumps, and Mole Removal, contact our office by calling (972) 608-0808 to schedule a consultation today!